Skip to main content
July 21, 2019
A new book explores the brief flowering of the white fox fur trade during the early twentieth century in the Western Arctic, from Canada to Siberia. It's a far reaching economic, cultural, and ecological account of a period in Alaskan, Canadian, and Russo-Soviet history that tends to be overlooked, despite the boom times it created. 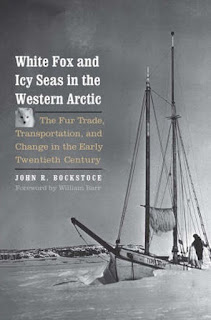 "The impact in the north was immense. As traders moved in and established posts and bartered for pelts, Native peoples abandoned traditional subsistence economies and diets in favor of the goods and foodstuffs they could acquire from traders. The traditional means by which they had long thrived in such a harsh environment gave way as villages centered around trading posts, missions and schools replaced the migratory lifestyle that Arctic survival had always demanded."