Skip to main content
October 29, 2019
It's not often that accounts of Arctic exploration can be described as "fun." But the story of Walter Wellman, found in the book “Flight to the Top of the World," is just that.

"With its plethora of flying machines, newfangled radios, grubby mechanics, media frenzies, its Arctic backdrop, and more, this would be a great steampunk novel were it not entirely factual." 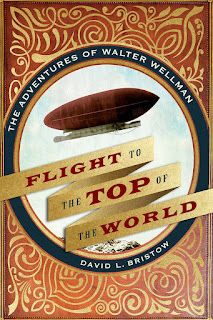