Skip to main content
September 03, 2019
Across the upper half of the Northern Hemisphere, humans have lived in an uneasy cohabitation with bears for millions of years. A recent book explores the way mythology and legend have helped people on three continents find their place among bears, and how these early forms of literature placed bears in the midst of human societies. 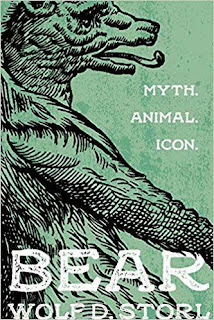 "In most regions above the tropics, the bear is king. Bears are one of the few animals capable of killing and eating people, although curiously, despite this clear advantage, they rarely do so. Among wild animals, bears are more like humans than most: intelligent, omnivorous, skillful. And when skinned, their bodies resemble ours so closely that in some cultures killing bears was taboo. And as Strol demonstrates, wherever bears historically wandered, the humans who lived alongside them incorporated the animals into their mythologies."